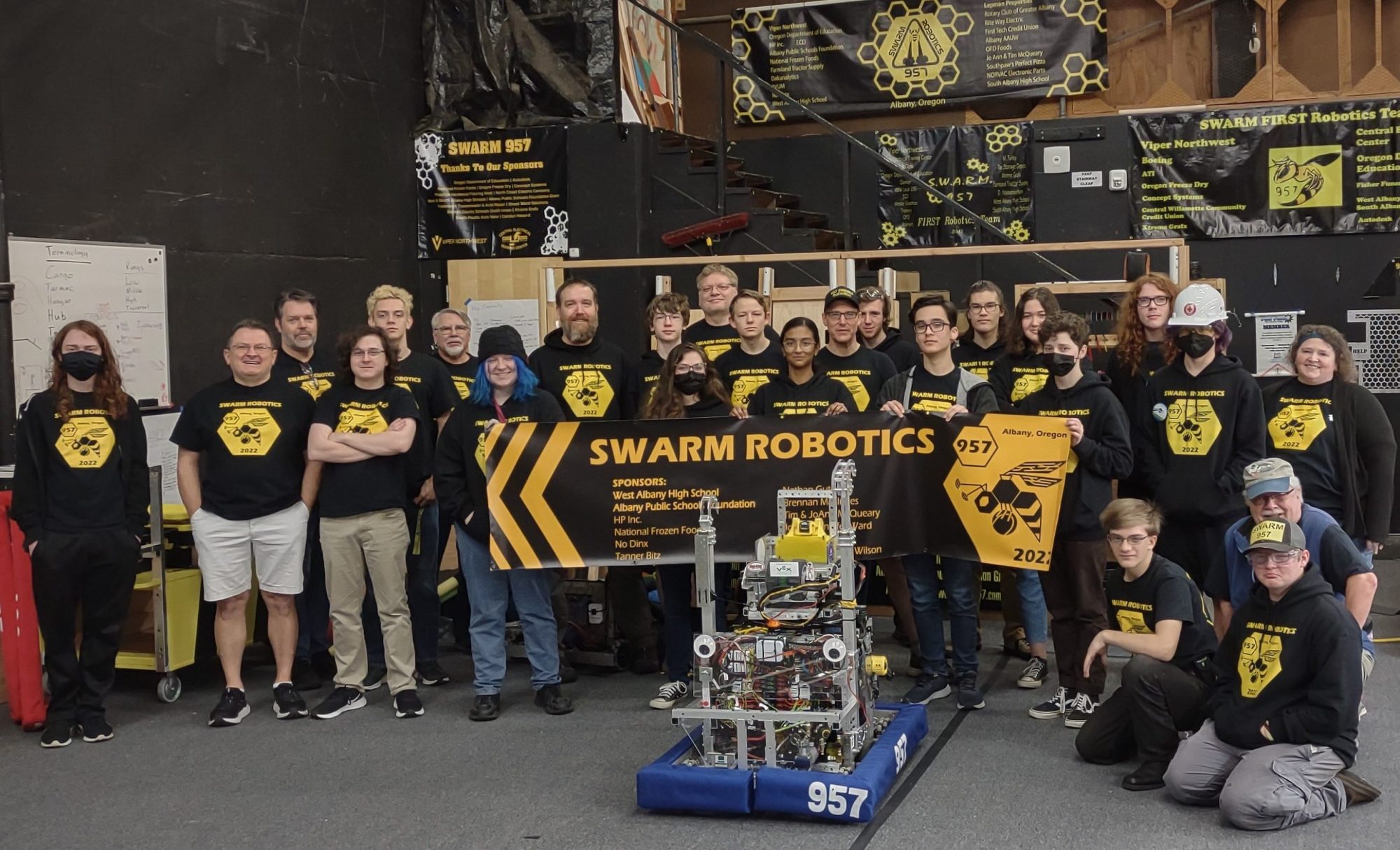 SWARM is the merger of South (Team 1130) and West (Team 957) Albany, two high schools that have decided to put aside their rivalry and join forces in order to create one amazing robotics team.

The West Albany High-School Team, formerly WATSON, started in 2002. Throughout their eight years they have managed to win several prestigious awards, including the Chairman’s Award in 2005 and the Woodie Flowers award in 2009.

The South Albany High-School Team, formerly The Phantoms, started in 2003. However it took a three year hiatus from 2005-2008. In their time they have won several awards, including the Rookie of the Year Award in 2003 and the Team Spirit Award in 2005.

In 2012 SWARM robotics was in the alternate position for the Autodesk Oregon Regional.

Team 957 depends on a variety and grants, sponsorship, and member services to pay for the ~$10,000 a year it takes to run the team. For more information see how to be a sponsor.

The program’s goals are to provide students with a positive experience as member of a development team focused on using science, technology, engineering, and mathematics to build a robot for FIRST competition. To develop skills needed to run the team including fundraising, finance, and advertising. And, to work toward opportunities for community outreach.

Adult mentors are present to guide students in team activities.

There is a student lead for each of the following areas: software, electronics, mechanical design/ fabrication/assembly, and media and fundraising.

Students must meet their school’s requirements for participation in extra-curricular activities.